Our Past and Current Projects

We got a call from an elderly lady who’s plug hole in her kitchen sink was cracked and as the screw connecting the plug hole and trap could not be tightened it was causing a small leak underneath. When we removed the trap under the sink we realised that most of the rubber seals were either broken or deteriorated to the point that they may leak over time and so replacing both the plug hole and trap was the smartest option.

The new plug hole was chrome and looked in keeping with the original sink. This new system came with a strainer plug which was easy to use and useful for collecting large pieces of debris and stopping them going down the drain. 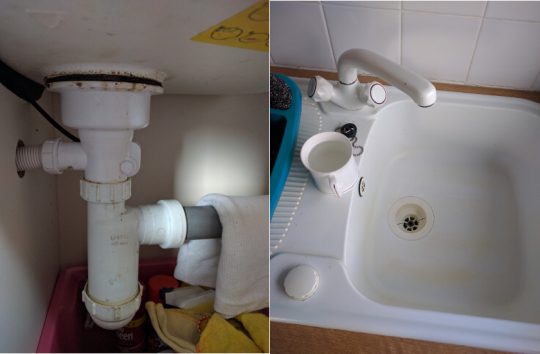